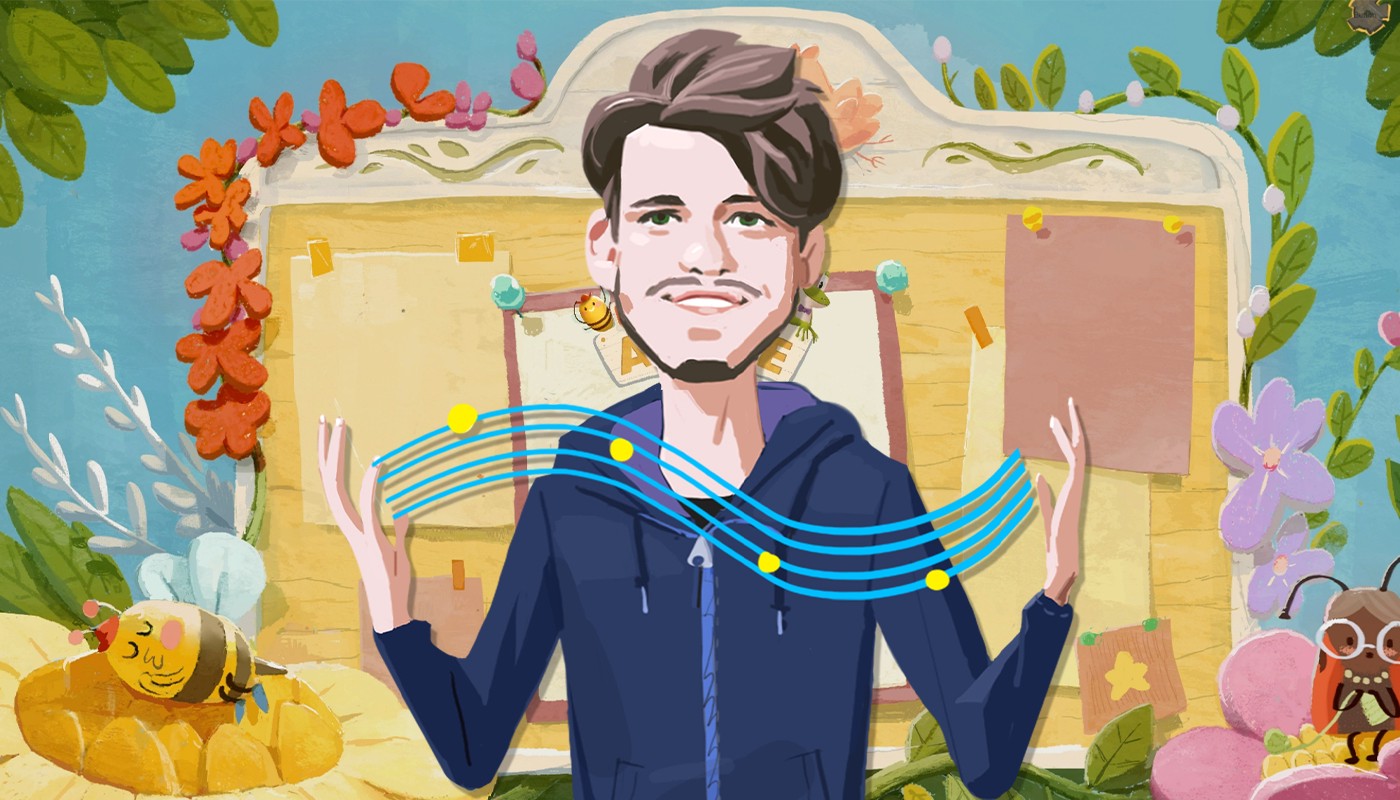 Harley Bicknell is the Sound Designer and Audio Engineer for My Neighbor Alice. He is in charge of everything you hear in the game. We got to hear some of his thoughts on the sound in the game and possibilities to make audio NFTs.

What has been your experience working with My Neighbor Alice?

We all have the same vision of the game with loads of different experiences and backgrounds. The entire team gets to provide input, which makes it a great collaborative effort!

What are some things to consider when creating a world such as My Neighbor Alice? And what are some challenges that you may encounter?

The vision of My Neighbor Alice began with the idea of freedom and giving the players a choice. That is often a challenge in audio, because every player’s experience is different. When playing a linear game, where you go through a campaign, you know what room the player is going to go into next. That makes it easy to design sound if you know what feeling you want them to feel at that point.

In a game where the player dictates what happens, you need to be prepared to convey the emotion that they’re gonna feel based on their actions. So that’s a lot of the challenge as well as the opportunity and the process is about conveying the world that they felt, not necessarily the world that you felt.

Do you collaborate with other parts of the game?

I really work with everyone and with everything. Everything that I do is derivative from the art created. I wait to see the art and then layer the audio on top of that. Then I work with programmers to bring the sound to life.

In the future I might work more with the blockchain side, with possibilities to make audio NFTs. The opportunities are endless!

Where do you draw inspiration from?

Celeste is a cool project made by a very small team who also use FMOD. They actually made their projects for FMOD public, so you can get an internal look into their audio.

It’s a relatively unexplored area. There is not much documentation online. In most facets, you can search for information online. In the audio world however, you’re often trying to find hacks or trying to think of logical ways around certain issues in order to achieve your results.

It’s interesting to read about Celeste and how they took on some of the issues they had. A lot of creativity comes from using tools in ways they weren’t intended for originally. Like using FMOD in a way it wasn’t intended for, but it works great for the player. The player doesn’t see the inner workings of the audio, but rather what comes out. What we did behind the game in terms of audio doesn’t matter if it is messy or weird or strange. Just find a solution!

FMOD is a sound effects engine and authoring tool for video games and applications. It is a bridge between the sound designer and the programmer. It provides a UI which is creative and allows creativity for someone using sound design.

The issue you have in a lot of projects is that sound designers have great ideas and programmers know how to implement them. But trying to gel that together is difficult. By using FMOD, the programmer can set the framework for it and it then doesn’t require much work from the programmer.

I can then do everything in FMOD in terms of creating randomness and using parameters. But I could never program because I’m not a programmer. That’s what makes FMOD so valuable.

Do you draw inspiration from other things in life?

Nature is a big part of the inspiration for me. I live in a very small village and my house backs onto a big countryside. I spend a lot of my time walking, in forests and searching around. The natural world is my biggest influence.

There are many different ways of creating sound. I record in person. I’ll go outside with a microphone and it might look a little weird! Then, I’ll go back and edit the audio.

Did you have any prior knowledge of the Swedish archipelago which serves as the inspiration for Lummelunda?

I had seen pictures of the Swedish archipelago, but there is only so much impression that you can get from looking at a picture or a video. Actually being there and experiencing it first hand was incredible. It was very inspiring.

It was very interesting to see more of the game’s vision. Visiting those areas gives me more direction and helps me understand the original idea of the game.

Do you have any general thoughts on the future of audio?

People aren’t always aware of how much audio affects their lives. Especially in video games, a lot of the audio is the audio that you don’t notice. You often only notice the bad or annoying things. So, if you don’t notice it it is usually a sign of good.

There are lots of advancements in the world of audio. A lot of people don’t fully understand the influence that audio has on the world. As someone who works in audio, whenever I’m in a room I’m constantly listening to the air conditioning unit, thinking about how the reverb sounds in the room. I’m looking at the holes in the wall thinking ‘why are they there?’, and I realize that it is for audio purposes.

If the players don’t notice the audio in My Neighbor Alice, then that should be a good sign then!

Haha! Exactly. They won’t notice it, but they’ll have a good feeling playing the game.